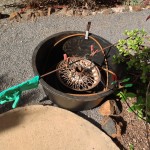 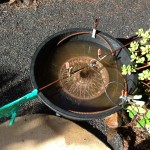 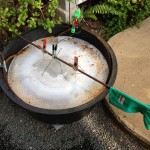 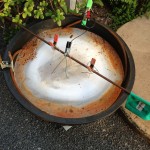 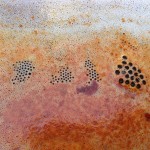 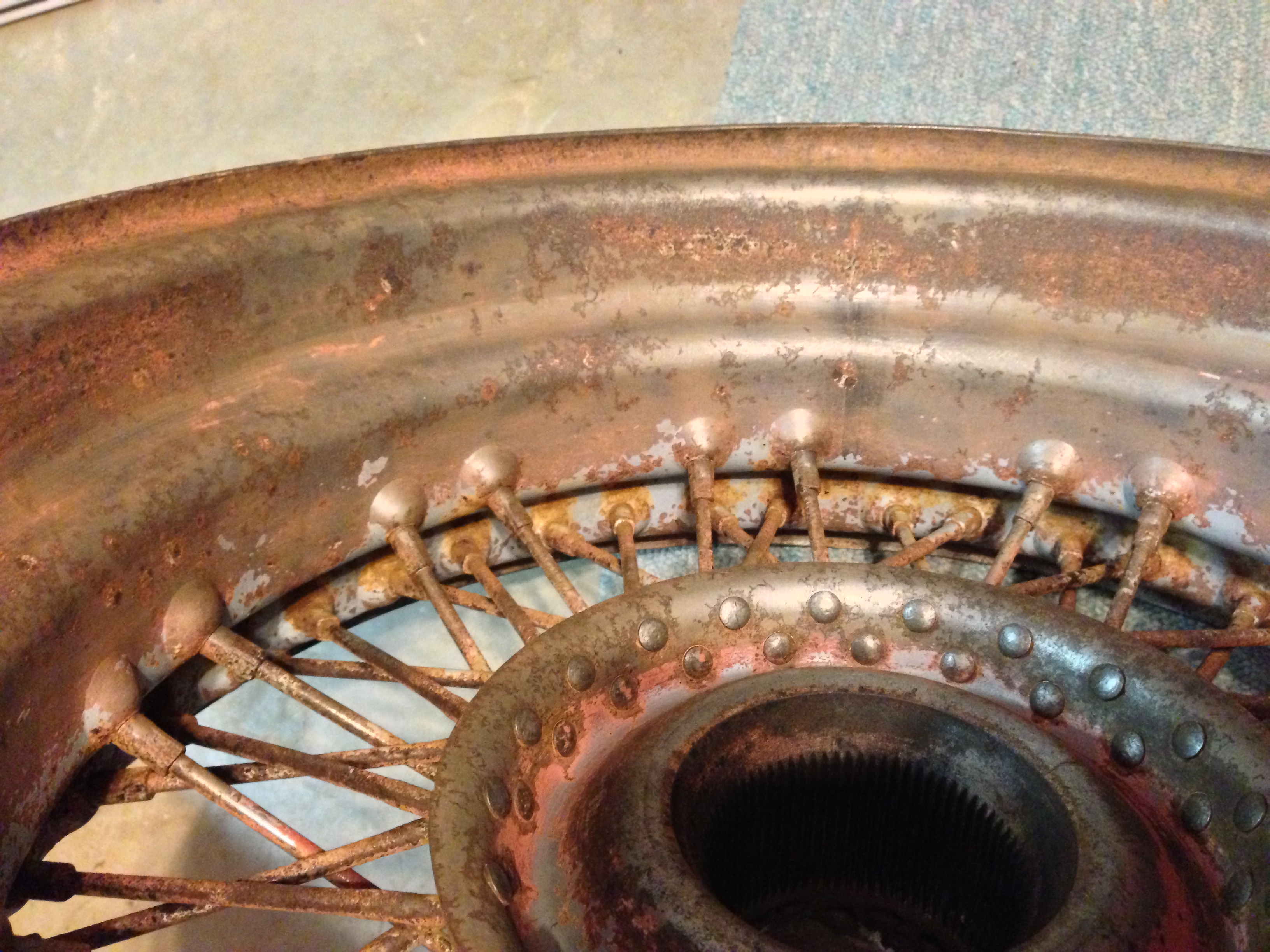 Apologies to Will Shakespeare…

I let the wheel stay in the electrolysis wheelbarrow for several days. The bubbles continued and then gradually tapered off to nothing. The battery charger’s indicator showed little current flow. Examining the wheel showed that the majority of the paint had softened and a good deal of the rust was gone. The side that was up did have more rust than the down side so I’ll flip the wheel over and give it another day or two in the bath.
A majority of the paint washed off with a hose and a wire brush got a good deal of the rest. The rust was mostly gone in some spots and the wheel looks pretty good. If only I had more wheels as good as this one. I’ll finish this one and start on the next best wheel. Not a bad start. 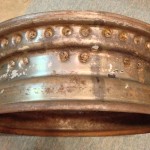 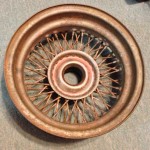 Wheel 1 after cleaning, brake side 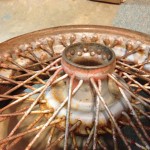 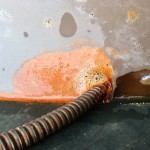 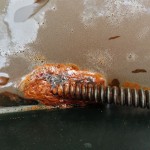 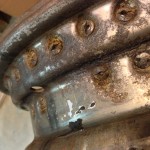 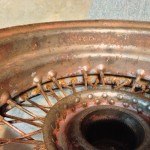 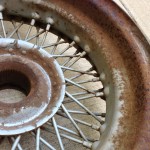 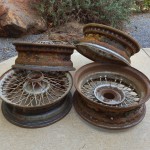 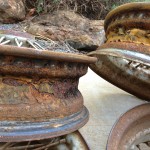 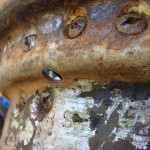 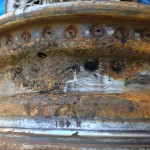 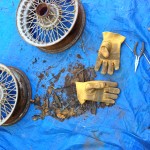 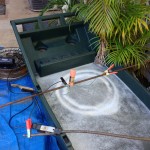 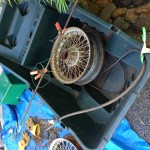