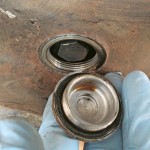 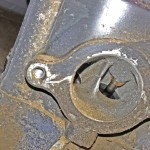 My girls have come in from California for a vist and will be helping with getting the engine ready (meaning cleaned up) for dissassembly. It’s time to check out the engine and see if  it has any major issues. It will be a fun hands-on for  them as they don’t get to see many engines taken apart.

The girls at dinner excited at hearing the description of the new project car.

I’ve got a good idea of what the end result should look like and I have a lot of inspiration from various web sites. The JZR Three Wheeler seems to be the closest to what I have in mind. I’d like to purchase a kit, but the purchase price and added shipping are out of my reach. And there’s a legal complication- the folks at the DMV gave me a call and told me that the final product of my labors would allowed on the road and would be classed as a motorcycle. That’s no surprise as most of the Morgan three wheelers seem to be classed as motorcycles.

One surprise is that in Hawaii, apparently motorcycles are not allowed to have seats side by side (Really? no side cars?). This means that my build must be a single seater. And I was told that if I were to buy a JZR frame, I wouldn’t be allowed to modify it at all. However, since I am building my own frame, I’m allowed to make changes to the design when building it. I’m not quite sure how that will work out as I don’t want to narrow the body drastically. The drive shaft will run down the center of the car, and if the width of the frame is narrowed by much, I’d need to straddle the drive shaft and shifter. That just doesn’t make any sense.

At this point, I’d like to develop some CAD plans for the frame and body so that I can do some test adjustments of the body size as well as determine the amount of needed materials. I’m using a Mac and the number of CAD packages available is less than a Windows box, but I’m sure I’ll find one that works. I’ve downloaded FreeCAD and will give it a whirl to see if it’s suitable. It’s also available for Windows and Linux boxes as well, so give it a try.

In the end, I may simply leave the body as close to the stock Morgan as possible and simply not put in a right hand seat. The drive shaft will actually be on the right of center and if I put in an electric reverse as planned, it will be on the drive shaft itself, taking up more room over there.

On Father’s Day two years ago, I started my first blog about plans for making a different sort of car. One inspired by the Lotus 7A my father owned. I was not able to complete that project, having to move to smaller quarters that didn’t have the space for such a project.

I’ve got a larger place now, and though space is tight, there’s room for a somewhat smaller build on the back Lanai, back porch to you not living in the 50th state.

So, a smaller project…. Yes, that’s one way to describe the Morgan three wheeler inspired vehicle I’m building. My father owned a red 1935 Morgan Super Sports with a two cylinder Matchless engine at the same time as the white Lotus 7. Now I never drove that car, but the smaller engine, unique looks and sporty handling should serve me well for a daily use car. It won’t have a top, and while I might get a bit of rain from time to time, it’s so dry and warm here in the lee of the volcano that it’s not a big deal when it happens. It will be even lighter than the Lotus, and should have a similar power to weight ratio.

The hosting for the old blog is about to be pulled, but since the first post of that blog still rings pretty true to me, I’m going to post it here as well. 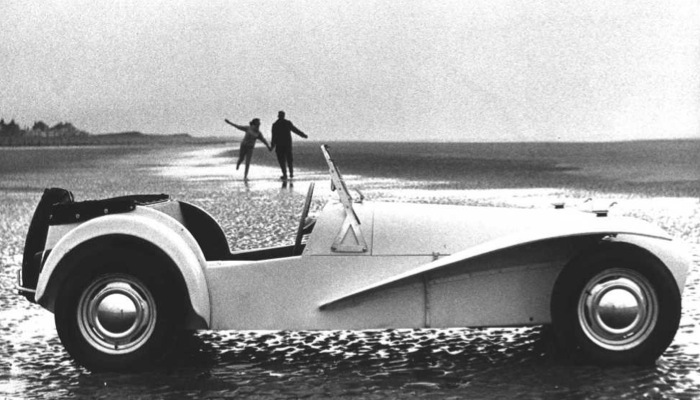 A Lotus 7A on the beach, from a period sales brochure.

I guess it’s appropriate I start this blog on Father’s Day, since this is all about building a car that is much like the one my father drove years ago. I always thought the Lotus was a very cool car. Small, sexy and cornered like it was on rails. And those swooping front fenders. They seemed extravagant on such a minimalistic car. Indeed, most builders are putting the smaller B, for British, or bicycle, fenders on their build. I haven’t decided yet about that detail, there’s so much more to do first.

I was actually only allowed to drive the car once, to get it serviced. The other time I “borrowed” it for a short drive, not realizing that it’s lack of a gas gauge would strand my father on the way home from work. It didn’t take him long to put two and two together and realize that it had been borrowed, and that’s why the he ran out unexpectedly. Thanks Dad, for not making a big deal of that.

When my Mom sold the Lotus after Dad passed away, Both of his sons showed up when the new buyer was due to arrive. “So you’ve come to help load the car?” my Mom asked.

“No” we both replied. We were there simply to witness it’s leaving, to say a little goodbye to this diminutive part of our family.

It was driving distilled to it’s essence. The leather wrapped steering wheel had no other tasks. No wiper stalk, no turn signals, no air bag, not even a horn button. The tubular steel frame, clad in aluminum and fiberglas body panels was strong and light.

One day I asked three friends to stand at each wheel. We knelt and picked up the car and held it at chest level. That’s a light-weight vehicle.

The 998cc Austin engine had enough umph to make the little guy get up and go. Zero to 60 times? Don’t know. Don’t care. Who would care when the next intersection beckoned you to turn right? It wasn’t about getting there fast, it was about enjoying the trip.

That pretty much sums up my father. He enjoyed the trip that was his life. Flying planes, hunting and fishing, cars and music were just some of the things he enjoyed.

He left this earth much sooner than most, but I feel he did a full life-time of living while he was here.

So here I go, on my own trip, working to make my own joy ride out of life. Wheeee.